Just two weeks ago I operated on a teenager born with a cleft lip.  Frequently the nose is also involved in some patients come for secondary corrections when they are old enough.

In addition to the shape of the tip and nostrils, one of the frequently-neglected reconstructive steps is fixing the position of the upper lip.  The upper jaw is usually small or “retrusive” (too far back) in clefts, and adding ear or rib cartilage over the front of the upper jaw bone (which I place through an incision inside the nose) immediately makes the lip look better.
Perhaps more than any other step, it corrects the appearance of the cleft.  This young woman could see the improvement immediately afterward, even before other areas have healed.  And of course the surgeon’s other challenges are to make the nostrils symmetrical, open the airway, and create a prettier nasal tip.
The accompanying photographs illustrate these changes in other patients, which is easy to see. 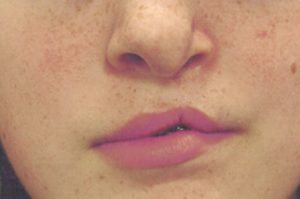 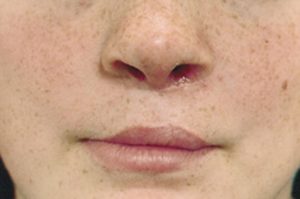 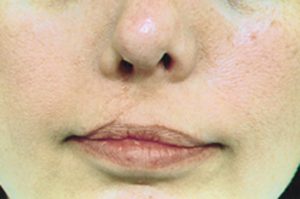