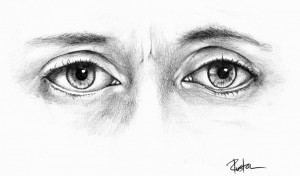 I have often been struck by the differences in facial expressions between revision rhinoplasty patients who were later happy with their surgical results, compared to patients who were later unhappy. The unhappy patients have a non-engaged, defocused, unhappy appearance around their eyes. We have commonly observed that a patient’s eyes reveal a great deal about how his or her current mood and often his or her past life. This change has a neuroanatomical basis that has been extensively researched and discussed by psychologist Dr. Stephen Porges.

What is even more interesting is that this expressive difference is actually measurable. Dr. Ruston Sanchez at the University of Wisconsin and I are studying these differences and expect to present and publish them in the near future.