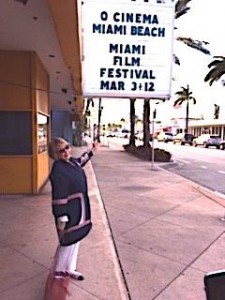 Two weeks ago, I flew to Miami for one day – – vigorous even for my schedule – – but the reason was important. I was there to honor former Allure Magazine Editor Joan Kron, whose documentary, “Take My Nose Please” was making its debut. The film explores the themes of cosmetic plastic surgery, perceived deformity, childhood trauma, and self-ridicule among female comedians. It treats plastic surgery with a great deal more depth and sensitivity than any I have ever seen. Others agreed: the film won the award for best documentary at the Miami Film Festival. The film is now touring multiple other festivals and I anticipate that general release will occur later this year. Along with Drs. Sherrell Aston and Nicholas Tabal, I was one of the plastic surgeons participating in the movie, commenting on the effect of childhood upon body image and self-esteem. I wish Joan great success with this enormous project, and I am very proud of her and what she has done.